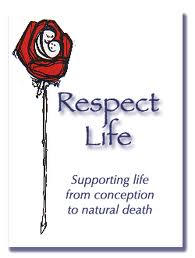 I was looking at a gray six foot fence.   The Little Rock Family Planning clinic which performs abortion procedures on the other side of the fence.    The parking lot around the facility, with the exception of a few cars here and there, was empty and void of humanity, save for the long-haired security guard sitting at the front door.  Why is there a guard?  This facility’s mission is not about preserving the dignity of valuable human life.  Is he guarding the “rights” of innocent unborn life brought inside its eerie corridors?  Surely you jest.  The situation is hopelessly contradictory; the mother’s- to -be are guaranteed the right by PP’s “human resource dept.” and Roe v. Wade, to deprive their unborn of their protection.

As I walked a bit down the sidewalk to join the others in group prayer, I glance at the guard, who looks at us curiously.  Pray-ers and sidewalk counselors are here everyday and yet the killing continues.

Do I sound cynical? Perhaps I do.  Perhaps because as I stand shoulder to shoulder with brethren to plead for the closing of this wretched place, and to spare the lives of babies and the sanity of their mothers, a medical supply truck slips in the driveway loaded with fresh oxygen and anesthesia tanks used for the ghastly procedures.  Perhaps because life around us is going on as usual; nothing wrong here.  A woman pulls up and asks one of us is she knows where so-and-so is.  Sorry,  she was not that familiar with the neighborhood, she was “just here praying.”  Ok.  The woman drives on as if we were not standing there and she did not hear what she said.

What are we passionate about?  What moves us?

Perhaps I sound cynical because as I offered the prayers of those who were not with me, and asked the Blessed Mother to pray for the conversion of souls in the clinic, I hear blue jays and mockingbirds singing.    As I listen to their lovely chirps, I start to cry; they have freedom to sing and play; the babies inside do not.  How can we as a country allow this to happen?  what has happened to us?

Then I become aware of something else.  I think about the disciples in the boat when it started to storm.  The waters were raging and the boat was tossed to the point it was going to turn over.  The disciples became afraid and desperate.  Lord, where are You?????  Don’t You care?

Then, a still small voice.   Yes, K, I am with You.  I know all about what’s happening.  I hear yours and your loved ones storming heaven with your petitions.

The peace mixes with the chirps.

“This is the saddest story in the Gospel,” wrote Father Wilfrid Harrington about the story of the rich young man, “this story of the refusal of the one whom Jesus loved to answer his call.”

It is, indeed, a sad story. But it is also, in many ways, a misunderstood story.

First, Jesus’ initial response — “Why do you call me good? No one is good but God alone” — is sometimes interpreted (by non-Christians) as a denial of divinity, or (by some Christians) as an indication that Jesus was confused about his own identity. But one thing evident about Jesus in Mark’s Gospel is that he understood his identity and mission. A man uncertain of himself would not forcefully declare he was going up to Jerusalem to suffer, die and rise again after three days (Mk 8:31-33), nor explain he would one day come again in glory with angels (Mk 8:38). Jesus knew himself well; the person who is confused about his identity and purpose in life was the rich, young man. He recognized something “good” in Jesus — but what was it? The question put to him by Jesus was meant to elicit a deeper reflection, for the goodness of God far surpasses any good done by ordinary men. And Jesus knew the man’s heart better than the man himself, for the Son of Man is the lover of mankind, the Savior of souls: “Jesus, looking at him, loved him and said to him, ‘You are lacking in one thing.’”

Which brings us to the second misunderstanding, the common belief that this story is primarily about riches. And, if that is the case, it surely doesn’t apply to those of us who aren’t rich! Yet this is a faulty reading, not because the dangers of riches aren’t addressed, but because every one of us has “riches” that can tempt us to not answer Christ’s challenge to “come, follow me.” Father Hans Urs von Balthasar asks, “Who falls under the label ‘rich’ as far as Jesus is concerned? He would cling to his possessions, regardless how large or small those possessions might be.” Riches aren’t just material possessions, but might also be relationships and social status, as Jesus indicates (Mk 10:29-31). The key word in all of this is “trust”: “Children, how hard it is for those who trust in riches to enter the kingdom of God!” (Mk 10:24). In what do we trust? Who do we trust? And why?

Finally, I’ve sometimes heard it said or written that Peter and the other disciples were poor, so it was easy for them to leave everything and follow Jesus. But Peter was not destitute or homeless; he and several of the other disciples were fishermen who had boats, homes and families. They truly did sacrifice. The Gospel of Mark shows the failures of the disciples, yet they continued to follow — not perfectly, but persistently. They were flawed men, struggling with real doubts and fears, who were slowly transformed through grace, love and obedience.

At the start of this story, Jesus “was setting out on a journey … ” What journey? To Jerusalem, to his Passion, to the Cross. This is emphasized immediately after this passage, as Jesus led the disciples, who were both amazed and afraid, “up to Jerusalem” (Mk 10:32). The rich young man was afraid of the call and the way, and he departed. And that is sad, for his riches could not save him. The disciples, however, were also afraid, but they followed, trusting in their Master and his promises.

Carl E. Olson is the editor of IgnatiusInsight.com.

I need to think about “Giving up riches” practically.  Let’s face it, most of us are not “rich.”   But then again, what do I need to let go of today? Or have less of today, to make more room for Jesus- His Presence, His Word, His thoughts about my life? What needs to go so I can pray more?  Just a few off the top of my head—Radio, the Internet, TV… all crowd Him out.   What say you?    Kassie. 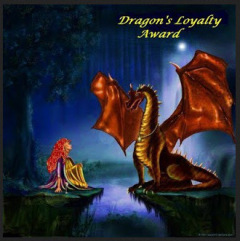